maintenance is crusial for your diesel engine

In many ways, a diesel engine is less complicated than a gas powered engine, has a longer working life combined with greater reliability.
There is little difference in servicing a diesel engine compared to a gasoline engine except that the diesel engine has no ignition system. However, the fuel system is the lifeblood of the diesel engine and requires very careful attention in the way of regular service to prevent dirt and water getting into the system which would eventually cause damage.

Unlike gasoline engines, diesel engines require an occasional bleeding of the fuel system to rid the system of air that gets trapped in the system, and this would be part of the regular service maintenance of the vehicle. Most engines have an automatic bleed system which gets rid of the trapped air but others need bleeding manually as previously mentioned.

All in all the diesel engine has many benefits compared to its gasoline counterpart. They are as follows: better fuel economy, fewer emissions, less maintenance, more reliable, more torque and towing capabilities.

The most important thing to remember is to keep the engine and fuel services to an optimum. Changing ALL the filters is the best insurance to maintain the engine performing at its peak. Fuel filters, oil filter, and air filters are critical elements of the maintenance program and a prudent safeguard against untimely breakdowns.
Keep your diesel on the road, come and see us at OK Tire. 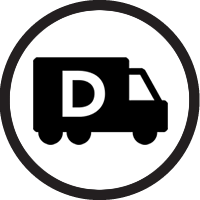